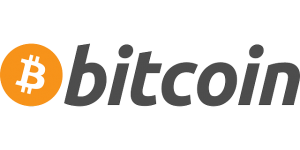 I’ve been following Bitcoin since shortly after its inception. Bitcoin has had successes and failures, mainly involving what it is used for and how it has been perceived. There is little doubt that the technology is incredible. We’ve seen articles predicting a future where Bitcoin would take over digital payments. We’ve also seen the death of Bitcoin predicted over and over again. Sensational headlines and one-sided arguments aside, Bitcoin and the Blockchain do have potential to disrupt a variety of industries. Let me catch you up on this fascinating technology and why it might be important.

Bitcoin is a digital currency, or commodity, that can be quickly and safely transferred from person to person anywhere in the world. It was created in 2009 as an open source digital method of safely storing and transferring wealth, without relying on third parties. There is no clearing house, bank, or other third party between the sender or the recipient. Bitcoin is considered a cryptocurrency because of its use of cryptography in how is stored and transacted.

Bitcoin can be described as digital cash. If you send someone a bitcoin, they now possess the coin and you are unable to take it back. There is no one you can call to cancel or chargeback your purchase. It is solely up to the recipient (now owner) of the coin as to what happens to the coin now. Transactions are recorded on a public ledger and viewable by anyone in the world instantaneously, though the sender and recipient are identified by unique numbers, not names or other personal information. This ledger system, known as the Blockchain, protects the transactions (as I will explain later).

Bitcoin is finite. Once all bitcoins are “mined” (how new bitcoins are created), there will only be a total 21 million in existence. Right now there are just under 16 million bitcoins, but new coins are being mined every day. “Miners” is a term to describe computers that work to verify transactions and store them on the Blockchain. The creation of new bitcoin is an incentive for miners to verify transactions and keep the system working safely and efficently. The reward decreases over time until eventually there will be no coins left to mine, which will take around 100 years. By then (and probably long before), miners will make most of their money from transaction fees, which should sustain Bitcoin indefinitely.

How does a Bitcoin transaction work?

Sending and receiving bitcoin is easy. To send someone bitcoin, you just need a recipient address. That address may look like this: 1GmYqLWPGv9z8DHXezntMnWTzCpHGB14Lt. That’s the only bit of information you need. You don’t need to know the recipient’s name, address, or anything really. If you want to pay someone anywhere in the world, all you need is an address called a “public key”. The public key is a compressed version of the private key, which is the address where the bitcoin is stored. Think of the private key as a password. If you send Tom 1 bitcoin, it will be posted to the public ledger (the Blockchain). The blockchain will show a transaction between two addresses (your public key and Tom’s public key). Miners validate the transaction and permanently store it along with hundreds more in an individual block.

What makes the Blockchain important?

The Blockchain (the public ledger containing all bitcoin transactions) may be the most critical part of what makes Bitcoin work. It is also pretty revolutionary.

Tech companies and large banks alike are excitedly testing their own versions of the Blockchain, or looking at simply using the existing Bitcoin Blockchain. NASDAQ is testing using the Bitcoin Blockchain to settle stock trades (which could vastly improve the security and stability of our current system, as well as speed up the 3 day settlement period for trades). IBM and numerous other large companies are experimenting with blockchains to improve security and trust for their systems.

Why is the Blockchain trustworthy?

The Blockchain is a decentralized database which spans the globe. Many Bitcoin users (myself included) have the full ledger (and hence, a record of all transactions) on their computers. This prevents a hacker from simply accessing a single database and changing some numbers to make himself rich. A decentralized database also protects against downtime where a central server might go offline and cause disruption for users.

Miners are rewarded with newly discovered bitcoins for verifying transactions and storing them in “blocks” on the Blockchain. Additional blocks of the chain contain a proof that the blocks that preceded it are true and unchanged. This prevents any manipulation of the data.

Where can you use Bitcoin?

Many companies, including Microsoft, Dell, and Overstock accept bitcoin for purchases. There have been a few large real estate purchases with bitcoin, including a home that went over $500,000. Large cities around the world are very Bitcoin-friendly, filled with shops that accept the currency. As mobile payments continue to gain acceptance in the US, we could see Bitcoin as one option at large retailers.

What problem does Bitcoin solve?

Bitcoin may not make buying things easier or faster for now. It is great for retailers, however, as they can reduce their merchant fees and chargeback risk. Though, retailers are reluctant to educate consumers on a new technology that is not easier than what they already use. One thing Bitcoin does better than credit cards is micro transactions. Normally small transactions would be eaten up by credit card or other processing fees, but now companies are seeing new possibilities. Bitcoin (or a similar digital currency) could even be used by devices to automatically make payments (think Internet of Things). Imagine a vending machine that orders refills as it gets low on items, or a refrigerator that automatically orders groceries as you use them.

Bitcoin can also be used for proof of funds or solvency. Companies making large orders from overseas suppliers may ask for proof of solvency.  With Bitcoin, it’s as easy as sending a bitcoin address and proving that you own it. Anyone can monitor the balance and see when the address sends or receives funds. There are even escrow services for large transactions.

Bitcoin offers more practical application in developing countries. In many places around the world, it’s difficult to obtain or trust a bank account. Then you have complications with sending and receiving money, including making large purchases without carrying large amounts of cash. Then you have currency issues where an exchange rate changes drastically and citizens are unable to buy and sell goods. Bitcoin has seen an explosion of use with remittances to the developing world.

What problem does the Blockchain solve?

Even if you see no value in Bitcoin as a currency, the Blockchain opens up a whole new world of trust without third parties, or at least it allows third parties to provide public verification.

The Blockchain is already being used by companies to transfer digital assets from one person to another. Other companies allow anyone to post proof of contracts and other documents to the Blockchain. This allows users to later prove the content and date of a contract or agreement.

What to expect for Bitcoin and the Blockchain?

Remember that Bitcoin is still very new (relative to other technologies) and the possibilities of the Blockchain are just now being explored. Because Bitcoin is open source, it’s easy for programmers to copy the code and make their own versions. There are dozens of other cryptocurrencies (digital currencies made using similar cryptographic technology). Bitcoin is by far the largest and most successful thus far, but who knows what the ecosystem will look like in 5 or 10 years. There is a steady stream of startups launching in Silicon Valley and around the globe using Bitcoin and offering new ideas.

I don’t expect to see Bitcoin take over global currencies, but it can certainly play a larger role than it currently does. I don’t think we’ll see a lot of large Bitcoin purchases (as we rarely see large cash purchases today), but I do think it will be a popular option for mobile payments.

The Blockchain is the new golden child and I expect it to almost overshadow the currency that runs it for the next few years. It is hard to see one working without the other. The financial incentives for miners and the low fee transactions users enjoy keep the Blockchain widely distributed and more secure. I’m excited to see what developments we will see using this technology.

Keep an eye out for new Cryptocurrencies

Bitcoin is completely open source. Anyone can copy Bitcoin’s code and create another version. If you think you can make a MattsCoin that’s better than Bitcoin, by all means! We have already seen hundreds of new cryptocurrencies, and some of the things that distinguish them are remarkable. Bitcoin is the known and trusted currency, so it is by far the largest. But with the speed at which technology moves, we could easily see a brand new currency spring up and take all the limelight. The next revolutionary digital currency could be on the horizon, ready to solve all of our digital transaction woes or wow us with something we’ve never even thought about.